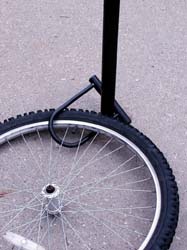 There’s no glamorous way to put this: Bicycle Thieves is just Brian after his band left him. While you’re wiping away the tears we should clarify that Brian didn’t start using the name Bicycle Thieves until he saw Vittorio De Sica’s Ladri di Biciclette in graduate school, sometime during 1991 or 1992. Through a complex series of legal maneuvers, Brian was able, retroactively, to gather the entirety of his post-Next Window work under the Bicycle Thieves umbrella. It is still unclear whether the enormous expense of this action was justified, especially in light of the fact that at any given time there appear to be no less than 5 different bands named after Vittorio De Sica’s Ladri di Biciclette.
Here, then, is the entire Bicycle Thieves saga, presented to you in vivid Reverse Chronological Order® ! 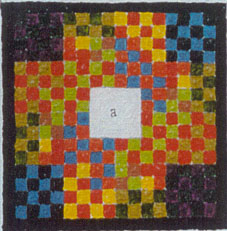 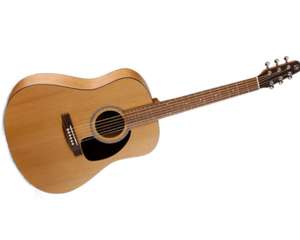 This was an attempt to rescue these songs from the 4-track demos in which they’d been imprisoned. A couple of the songs themselves (not just the production) are substantially different from the original recordings. Recorded live to 2 tracks on Bordeaux Street and © 2001 Music Street Music.
I Am The Satellite 5.5MB mp3
Zoo Song 5.5MB mp3
The Fault 5MB mp3
Well To Wonder 5MB mp3
See Ruby Falls 4.5MB mp3

The 1987 recordings represent a couple of notable lasts. These were the last songs recorded on Beatline Road. They were also the last songs recorded on the now cranky and battered Yamaha 4-track. Love was in the air, Yosemite was in the Sierras, and Bicycle Thieves were in the studio that Brian and his dad built, for the last time. These songs were recorded on Beatline Road (except See Ruby Falls which was recorded on Nicholson Avenue) and are © 2001 Music Street Music.
Someone Might Sell You One 5MB mp3
No Spaceships 2.5MB mp3
Longer Than a Line 4MB mp3
Different Movies 4.5MB mp3
Love and Gravity 4MB mp3
Homing Drive Chain Me 8MB mp3
See Ruby Falls 6MB mp3

In which Brian realizes that he can’t play drums. Yamaha RX15 to the rescue! These songs were recorded on Beatline Road and are © 2001 Music Street Music.

Ronnie’s been gone for a while. And Jimmy leaves in such a hurry that he forgets his drums. Hmm, so we don’t have a drummer but we do have drums. Well, how hard can it be? These songs were recorded on Beatline Road and are © 2001 Music Street Music.
Difficult Decision 5.5MB mp3
Follow Forever 6MB mp3